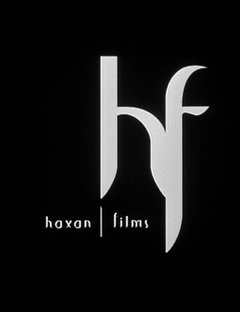 Haxan Films was a production company headquartered in Orlando, Florida. We created and produced the cult classic independent horror film The Blair Witch Project. The name is taken from the 1922 Swedish/Danish silent movie Häxan (“The Witch”).

The production company also produced many other projects together and developed many more.

Haxan Films producer Robin Cowie role at Haxan was primarily as a producer but also as the central business affairs person.  Along with Gregg Hale, I was responsible for the majority of the operational functions of the company.  It was a wild ride.  Much of it you can read about in the NEWS section of this site.

Besides the film and television projects, Haxan also did consulting on several web, viral media, and commercial projects lead by Steve Wax. Ultimately Mike Monello left Haxan to join Steve and begin Campfire. Later Gregg would join as well. I directed the first campaign that started all of this and several of the spots are linked together below. Ironically the lead creative director for Crispin Porter at the time Rupert Samuel is now the head of development for HELO.  Small world.

It was a huge endeavor as we actually did what the commercials summarize. The campaign created commercials, social content, website content, and corporate video content. CNN, MSNBC, The Today Show all covered the expedition and other major national and local news affiliates, attracting a week of national attention to the outdoor retailer. It was a very successful campaign for the launch of the company and a trailblazer in what people would later call experiential marketing.