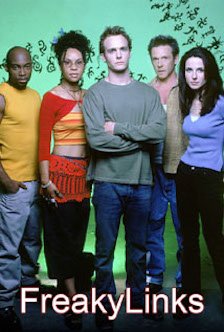 This was a television concept and pilot written by Gregg Hale and David Goyer. Ultimately it was shot in Los Angeles but Haxan created the Freakylinks website and supernatural content.

The concept was that a guy was using the site to look for his brother who had gotten involved with freaky stuff. The integration of the site and the show was groundbreaking at the time and very successful.

It was the early days of developing a relationship between content linking a television show with a website experience.  At the time it was called transmedia but Haxan and Freakylinks producer Robin Cowie, personally, became obsessed with this “cross platform” play.