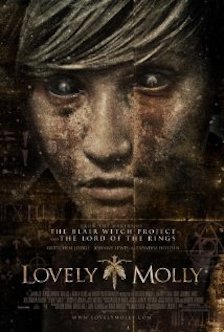 > Developed the creative and raised the private equity investment

> Delivered the film to Image Entertainment

Lovely Molly is a 2012 horror film directed by Eduardo Sánchez. The film initially had a working title of The Possession but was later changed.

The plot follows newlyweds Molly and Tim as they move into the bride’s childhood home, where painful memories soon begin to haunt Molly.

This feature was made for a very challenging budget. It meant that the filmmaking was hands on with everybody wearing multiple hats.

It is perhaps the darkest project Lovely Molly producer Robin Cowie has worked on as they had a number of strange events happen during and after filming. It was also successfully distributed around the world by Image Entertainment.

Special shout out to our three amazing lead actors: